Jessie Thoreson is a songwriter in Seattle who plays with her band “The Crown Fire.” Jessie Thoreson & The Crown Fire just released a brand new record yesterday called Round River (and you can follow this link and see all the places you can get it). She often uses examples of natural systems in her songwriting, which you’ll see in her description of what a crown fire is.

I met up with Jessie Thoreson in one of Seattle’s many great parks. On the north side of Capitol Hill Volunteer Park is home to the Seattle Asian Art Museum, Volunteer Park Conservatory, and the Black Sun statue (which was made by Isamu Noguchi in 1969). I was running late and the day was hot (for Seattle). We both wanted a little shade, so we wandered over to some of the massive trees to get out of the sun. The last time we saw each other was her show at Columbia City Theater in January 2020, right as we start hearing about this Covid-19 thing.

What follows is an interview between Jessie and me about her songwriting, pandemic life, her album, and what’s next for her and the band.

What was your inspiration behind your album “Gentle Places”?

Well, it kind of came from a long lyrical dry spell. I couldn’t conjure lyrics. I feel like my energy was put toward guitar pieces. It was kind of because this build-up of instrumental pieces that I kind of considered not finished because they didn’t have lyrics. I realized that they totally were finished and I’d captured as much creative intent as I needed to in that.

Was the lyrical dry spell pandemic related or was it pre-pandemic?

For me, it comes in waves. Six months will be really hard and then the next six months will be easy for particular content to come out of my brain. So it started a little before the pandemic but I’m sure was accentuated by a lack of lyrical inspiration. The things I was inspired to write about felt really universal and cliche in ways that I didn’t really feel needed to be captured. and I could do more with just a feeling of an instrumental guitar piece than I could with expressing how I was feeling, which was how everyone was feeling.

Did all those songs exist before that process or did you write some of them last year?

I wrote some of them last year, yeah. It was interesting because the song “Methow,” which is the one actually has lyrics, was originally an instrumental piece and the lyrics of that were the end of my lack of being able to write lyrics. Those were the first lyrics I wrote going into this next chapter. I feel like I’ve been able to really write lyrics again. It’s kind of fun to have the beginning of the end be captured in that record.

Did the songs on the new record exist before? Or was that the moment they came back?

They existed before. In fact, the recording process for the full-length album started in January 2020, so that had been going on a year before the instrumental album. So we were recording and then the pandemic hit.

It was really interesting. It was all recorded during the pandemic. So it was really nice to have something hard with tangible outcomes and creative necessity throughout the whole time. It was all done in my recording engineer, Stewart Jackson’s, living room and basement, so throughout the recording we were troubleshooting mic setups and dealing with the whole DIY recording studio thing.

Yes, for sure! The album is called Round River and the title track is about how everything is cyclical and you can try really hard to “progress,” but you might not end up being more ahead than anyone else. The metaphor is we’re on a river that is all just going in a circle, and we’re all just at a point on the river, you’re not more ahead or behind anything. Probably cause I spend a lot of time outside thinking about natural systems. There are certainly themes of cyclical natural systems like destruction and regeneration and change, through the metaphor of natural systems, but touching upon things like interpersonal relationships and subtle experiences—all through the metaphor of natural systems.

And that’s, that’s a theme throughout your music, you’re influenced by things you’ve seen, even the band name is related to natural systems. What does “The Crown Fire” mean?

The crown fire. It’s a type of wildfire behavior or just fire behavior. And so you can have like a ground fire, which is carried in the understory of a forest. Or you can have a crown fire, which is carried through the canopies of the trees. And so, that type of fire usually means quicker speeds and a more intense kind of fire behavior pattern. And it just happened that I had been in Utah, doing fire fieldwork. And there was a crown fire and it was really cool to watch. And I came back and we had a band practice I was explaining it. And I was like, “there was this crown fire and it was so cool. And they were like, “what’s and crown fire?” And decided what it mostly was just a good band name. But it feels a little nerdy, but also really fun to have both of those worlds intersect.

And then, what was the genesis or your band? Like, at what point were you like, “Oh, we’re a band”?

Our first show, as a band, was at Barboza in 2019 with the Two Tides, which you took pictures for. I had other bandmates that I’d been playing with, but it was a little bit inconsistent. I booked this show, and none of them were available. So I was just like “who do I know that plays the bass and plays drums.” I had met Pete, the bassist, at a Conor Byrne open mic. We had been trying to play together for a while, but it never worked out timing-wise—because I was in the woods a lot, mostly. And then Paul, I had known for a long time and knew that he was down in Seattle playing drums and so I just cold-called them and was like, “can you please play this show with me? I really want to play it and I don’t have a band.” And they were like, “yeah, we’re in” and it was really successful and fun. And we’ve been together ever since.

When did you start writing music? What was the first song you remember going “Holy crap, this is good.”

I took guitar lessons in high school and my guitar teacher was very awesome. He would get me gigs and he taught me a little bit how to gig and taught me how to write songs and encouraged me to bring songs to practices to work on. So I feel really lucky that I had that resource at a time when I was very shy and didn’t want to sing in front of people. I wrote this song called That Kindergarden Song, which is about being in kindergarten and what it’s like to be a kindergartener.

Have you ever performed that song live?

I have, but probably not for like, a decade. I’m pretty sure it’s on SoundCloud or Bandcamp or something. Anyways, that was the first one where I feel like I got an actual response. It was exciting to feel that connection to like an audience.

What’s next? I know you’re going to grad school?

What’s that mean for music?

Well, luckily, I feel like this past year has given us an opportunity to learn how to work together remotely. I don’t personally have expectations for my own musical creativity for a while because I want to focus on school. So I need to see how that goes first. But we have little inklings of tour plans on the West Coast. So in the next couple of years, because we’re a little more spread out now, we’ll probably plan more like tour-oriented things so that we can get together. So I’m excited about that next chapter. It’ll be really different. But we’re all still super committed to the project, even though we’re moving.

Jessie Thoreson & The Crown Fire are playing at Kulshan Brewery Trackside in Bellingham on August 19th. They’re also doing a Sessions in Place session which comes out August 28th at 7pm.

Check out the full gallery below! 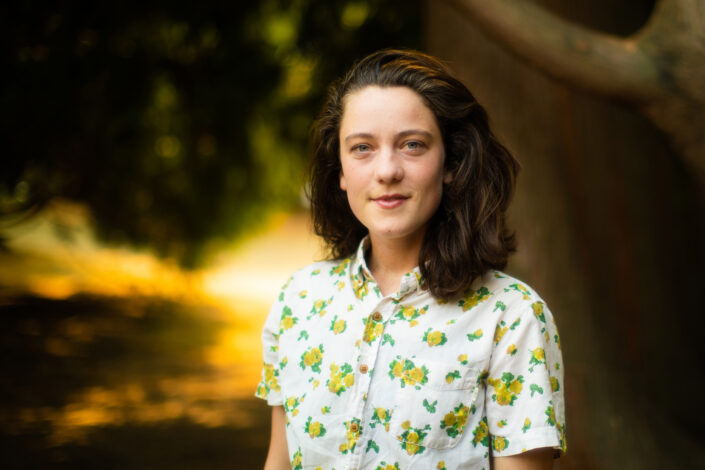 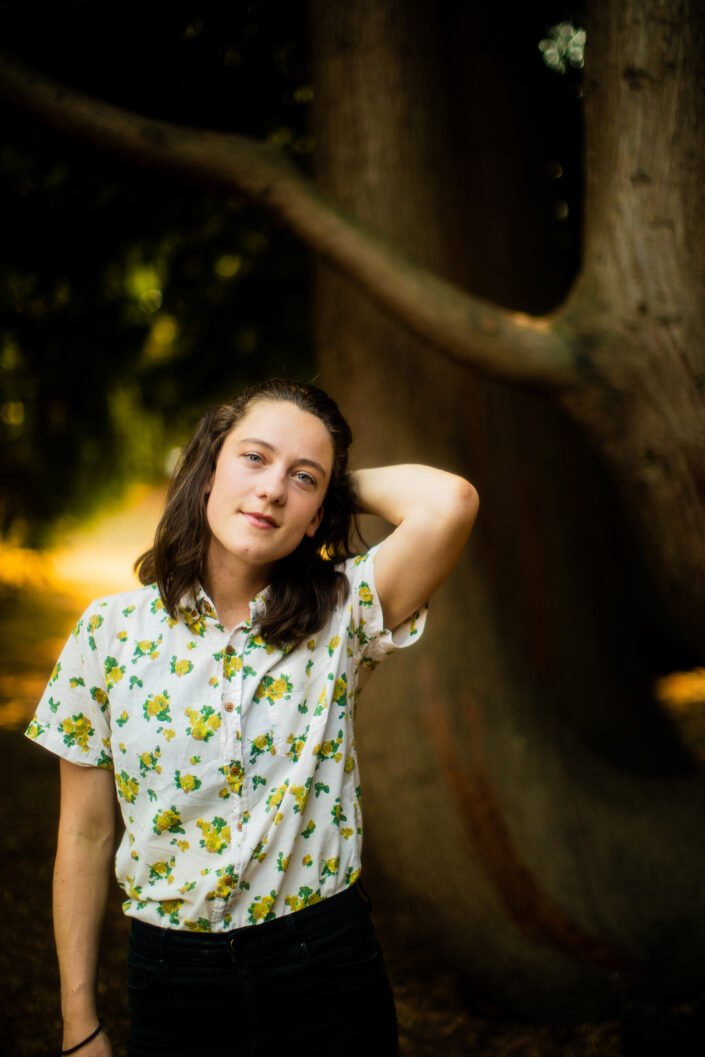 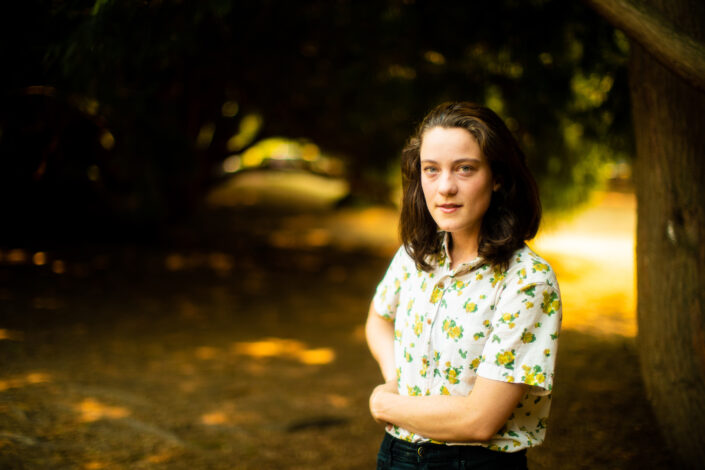 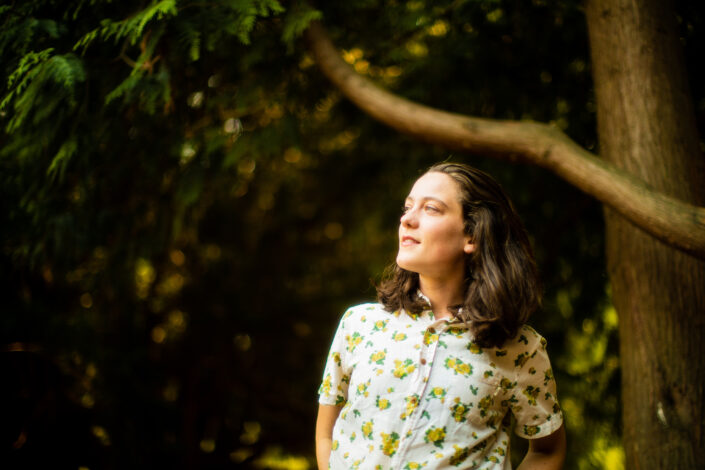 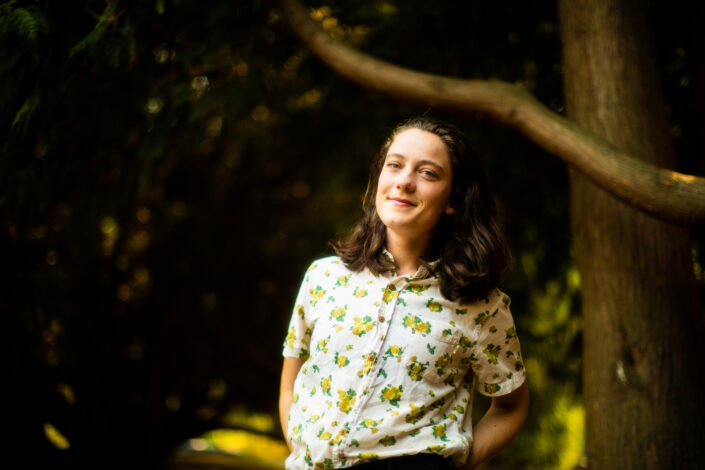 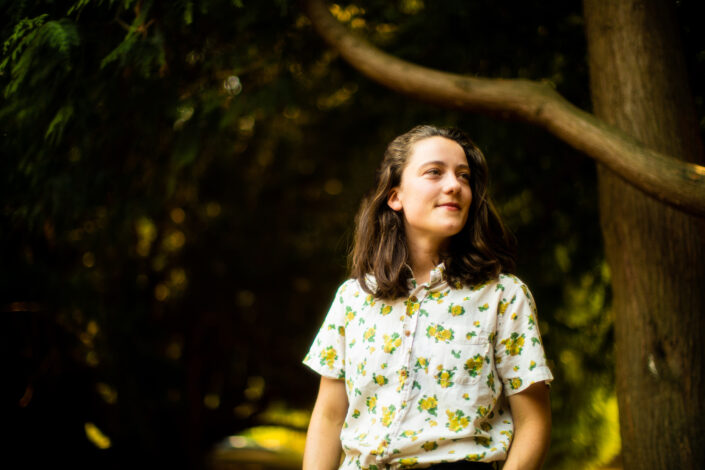 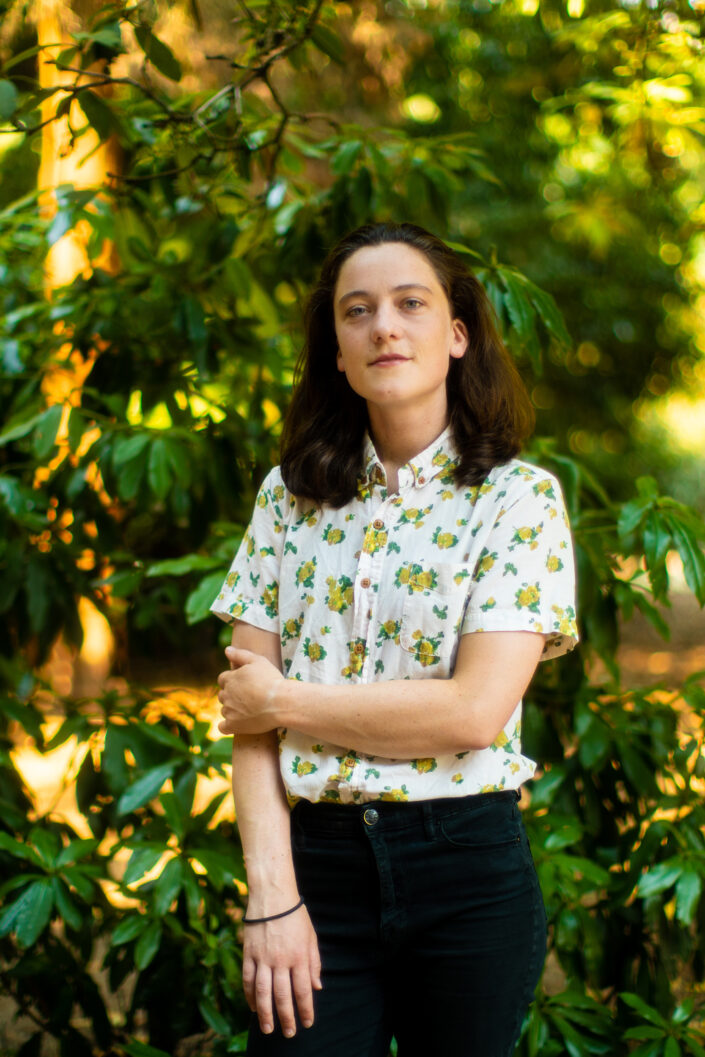 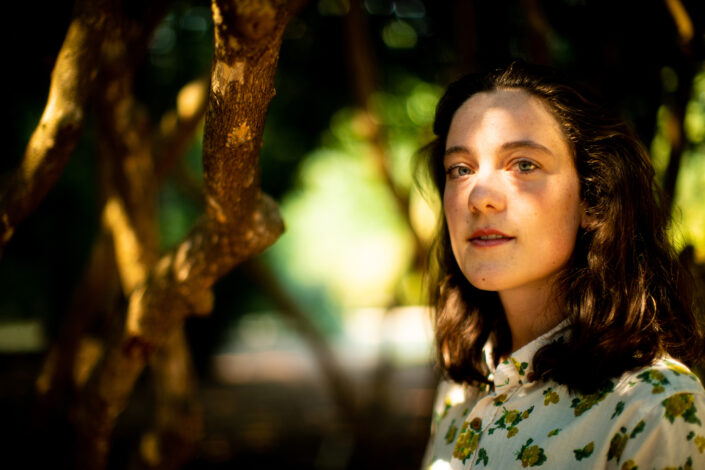 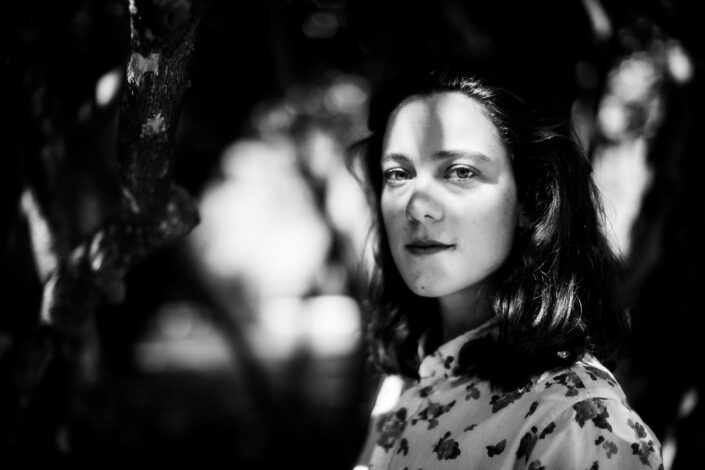 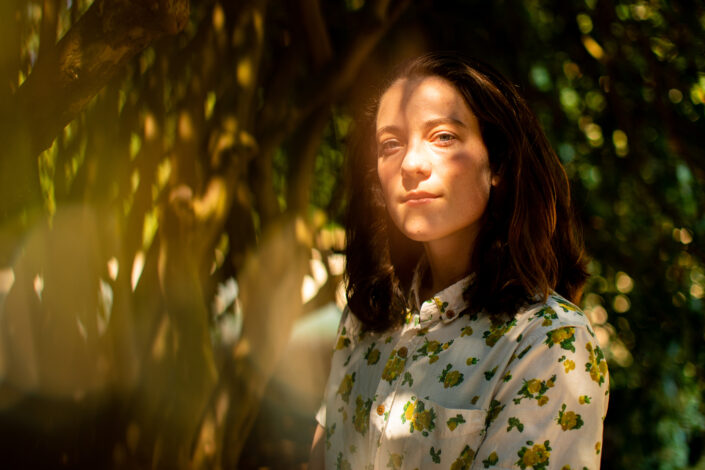 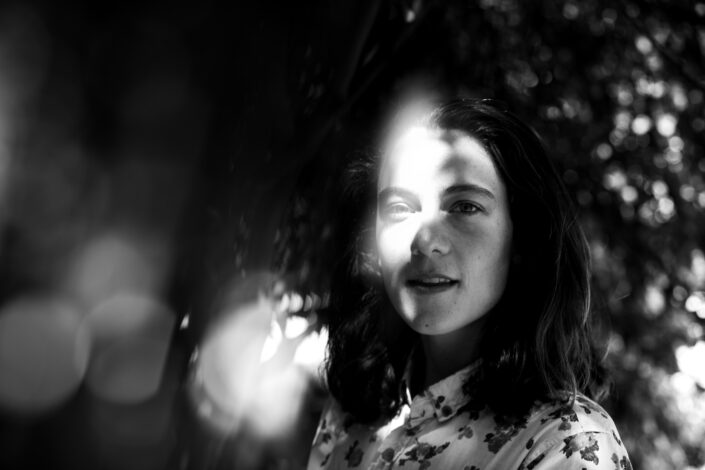 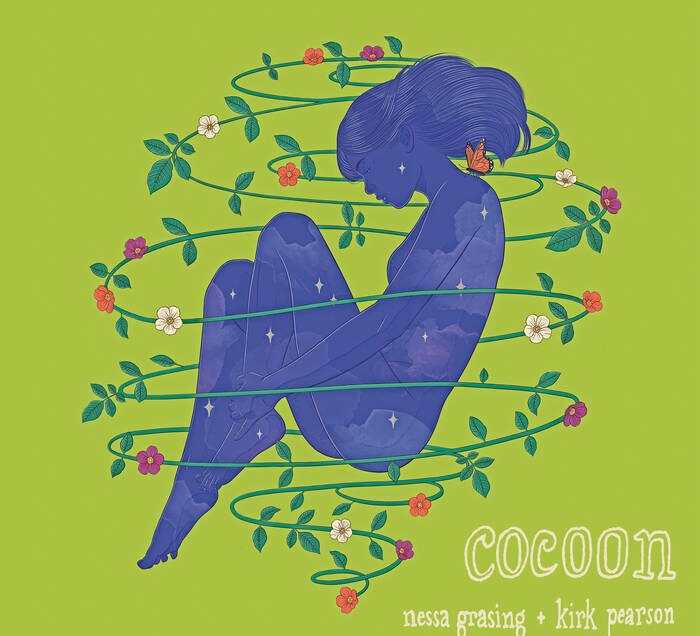 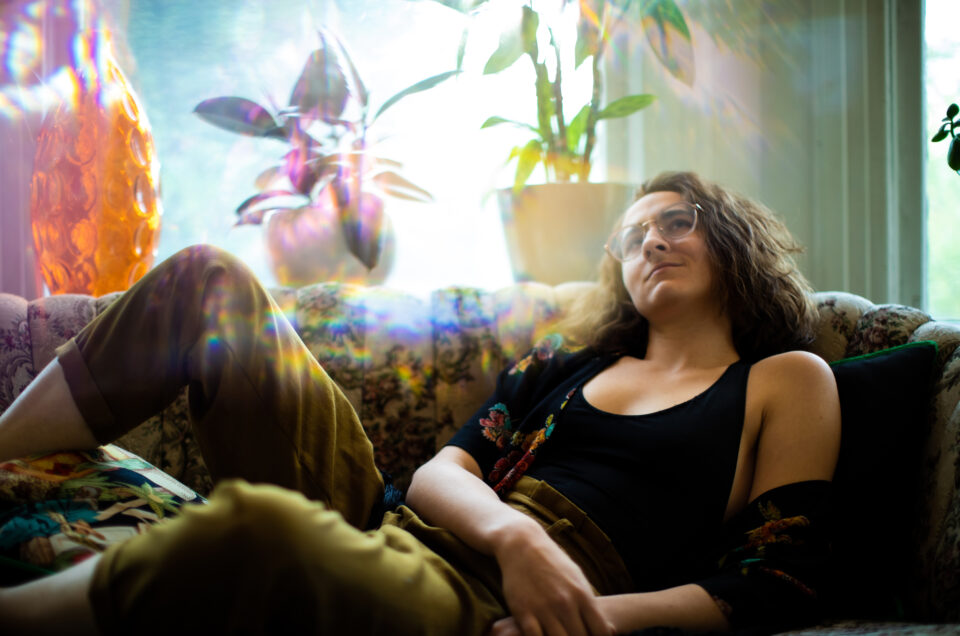 An Interview with Erika Lundahl—about the past, future, and cultivating patience amidst bewildering times
November 12, 2021